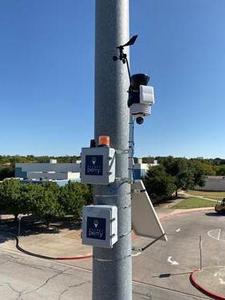 Predicting the weather can be challenging – especially when utilizing apps that use weather stations that may be located several miles from Weatherford ISD schools.

To add an additional layer to our weather safety processes, Weatherford ISD recently installed our own weather monitoring station. This weather station allows us to better prepare for and respond to potentially dangerous weather-related events.

The features of the weather station provide us with the opportunity to more accurately obtain weather information directly related to our schools and facilities, monitor air quality, and deploy weather-related processes in a more timely manner.
Read More »
Published October 22, 2019 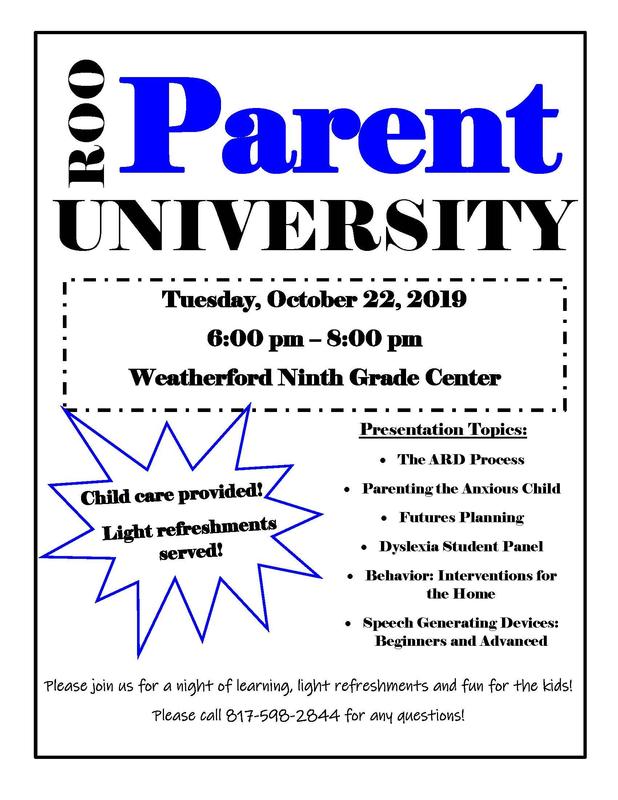 Weatherford ISD will host the first Roo Parent University of the school year on Tuesday, October 22, 2019. This event is open to all parents and will be held from 6-8 pm at the Ninth Grade Center.

Please join us for a night of learning and light refreshments. Child care will be provided. 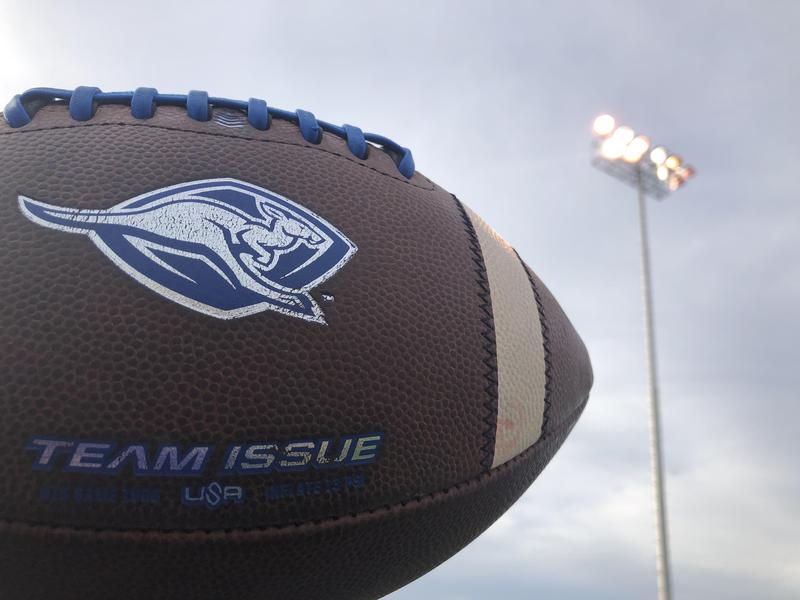 Click on the headline for information on how to purchase pre-sale tickets for Friday's football game.
Read More »
Published October 14, 2019

Monday is a school holiday for students and parent/teacher conference day. Students will return to school on Tuesday, October 15, 2019.
Read More »
Published October 12, 2019 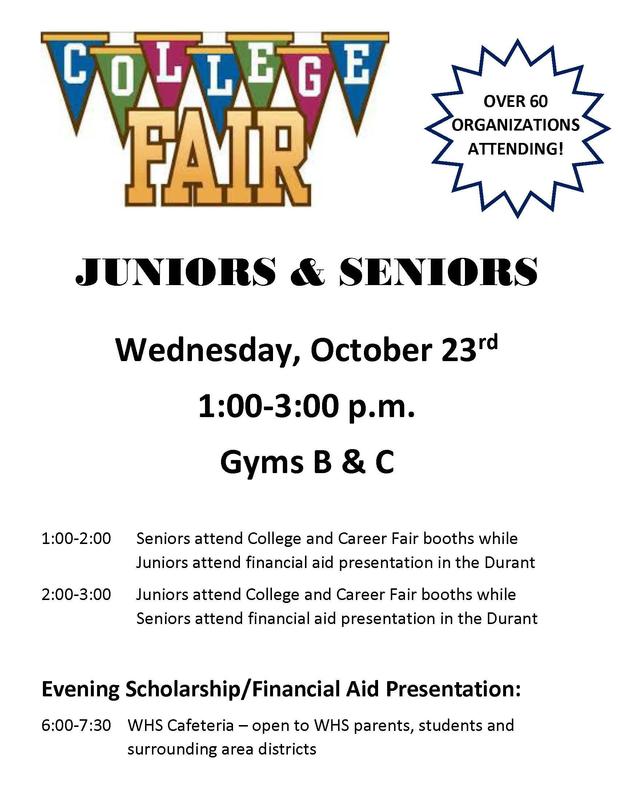 Weatherford High School will host a college fair with over 60 organizations attending on Wednesday, October 23 from 1:00-3:00 pm for juniors and seniors. 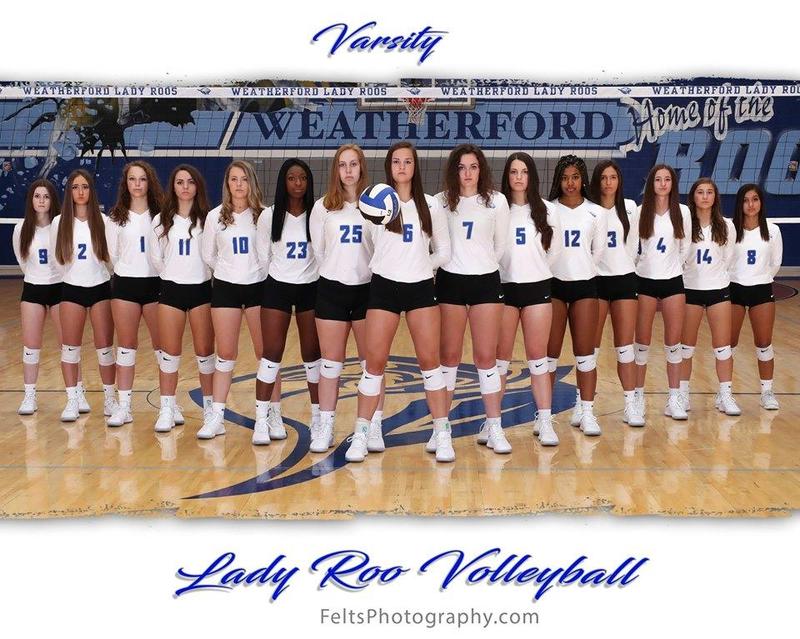 The Lady Roos Volleyball games scheduled for Friday night have been moved to Thursday, October 3rd and will be played at the Ninth Grade Center - Activity Center and Gym A. Come out and cheer for the Lady Roos then head over to Kangaroo Stadium for the varsity football game that begins at 7:00 pm. #GoRoos! 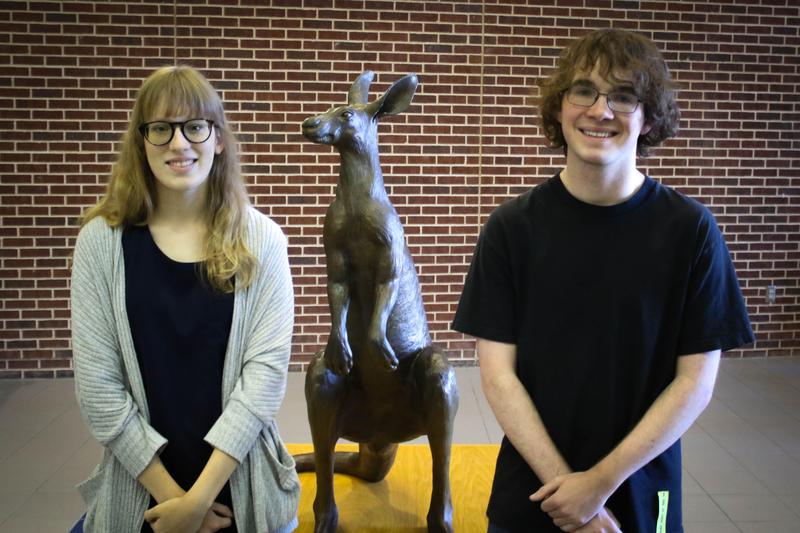 Katlyn Don Carlos is among 16,000 students across the United States to receive recognition as a Semifinalist in the scholarship program. Katlyn has been attending Weatherford ISD schools since kindergarten and has taken an active part in her classroom and school. She is president of Stop the Stigma, the high school’s mental health awareness club, vice president of the Science National Honor Society, secretary of the National Honor Society, and resides on the Student Health Advisory Committee (SHAC) for Weatherford ISD. She also has been a member of the Weatherford Band for the past four years, making it to state twice for her solos in the Texas UIL Solo and Ensemble Competition. Katlyn’s parents are Jenny and Gregg Don Carlos.

Connor Bezio is among 34,000 students to receive the designation of Commended Student in the scholarship program. Son of William and Renee’ Bezio and top of the senior class, Connor has been a proud member of the band for seven years. He currently serves as president of the Science National Honor Society, vice president of the National Honor Society, and treasurer of the WHS Class of 2020. He is an avid member of Stop the Stigma and the Superintendent’s Student Advisory Council. Both entranced by the wonder and whimsy of reading and writing, as well as perplexed by the intricate beauties of math and science, Connor hopes to attend Columbia University next fall, majoring in Physics or English.
Read More »
Published September 24, 2019 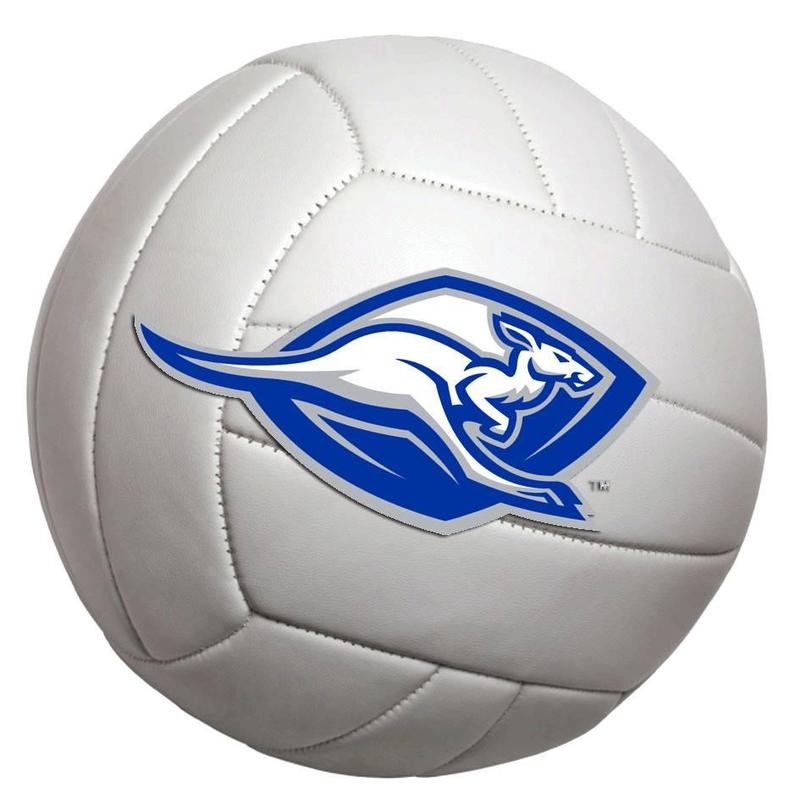 All high school volleyball games will be played at the Ninth Grade Center on Friday, September 20th.

For complete details, please click on the headline for a printable schedule of homecoming events.
Download File
Published September 7, 2019